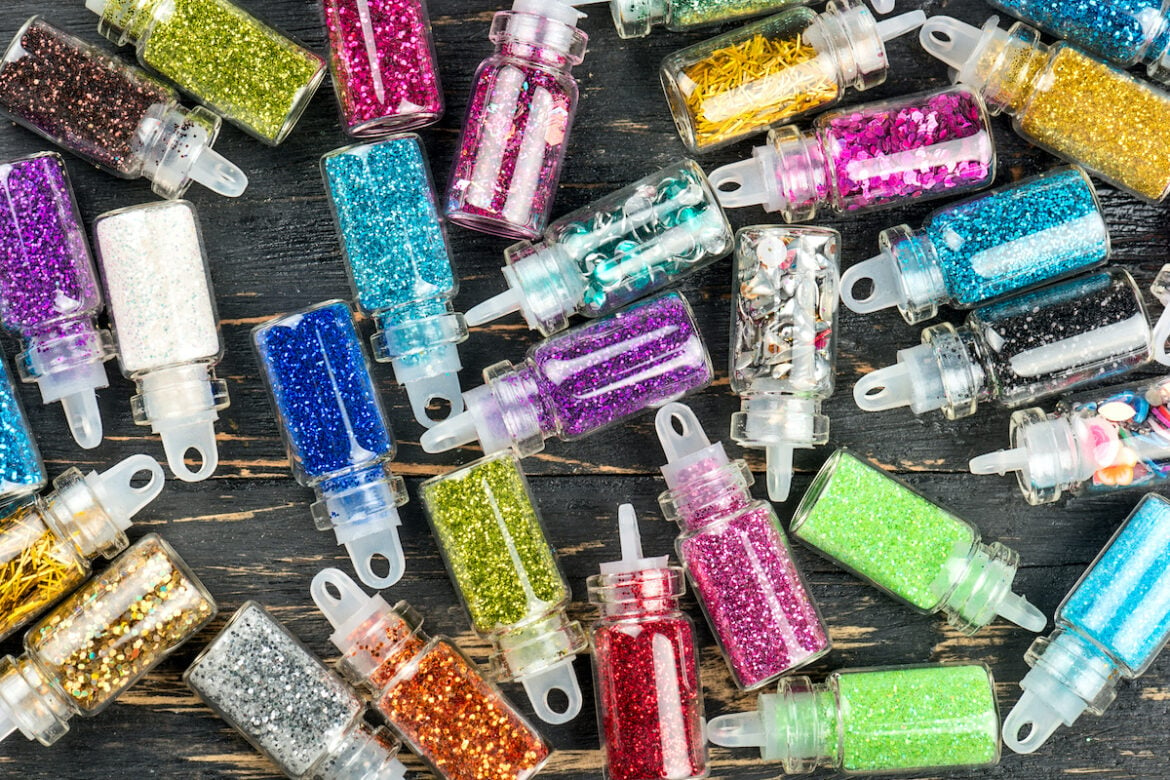 One of the things to love about working with beads is how many different shapes there are. You can find a bead to match nearly any shape you can think of, which makes working with them a dream. You can always make the exact project you’re envisioning!

Arts and crafts projects that involve beads create lots of opportunity for creative expression. With so many bead shapes to choose from, the artist or crafter truly has free rein! The only thing left is to decide which bead shapes work best for which project.

Round beads are one of the most common shapes. They’re a sphere with a hole going through the middle.

These beads are often used for fillers on necklaces and bracelets. Children often use round beads to create friendship jewelry, keychains, or bookmarks.

However, round beads are extremely versatile, and can also be used for dreamcatchers, wind chimes, and even on a pair of earrings.

You can also glue round beads to a flat round or square surface to create a homemade coaster!

Seed beads are a little different, as they can be many different shapes. The thing that sets seed beads apart is their size.

As one might imagine, seed beads are very tiny in size, like many plant seeds. They come in a range of sizes, but don’t get as large as some pendant beads.

There are different shapes available for seed beads, but the most common is rocaille, or the simple round shape.

Seed beads work great as filler between larger beads on a string to create bracelets and necklaces, but would also work great if used on individual dangling strings to create earrings.

Since they’re so small, they’d also work great to make stemware charms, used to wrap around stemware glasses and help people tell their glasses apart from other people’s.

Cathedral beads are unique in shape. They usually start as a smooth, round bead, but are then cut to have facets along the middle.

These facets give the beads a more antique, gothic look, traditionally seen in old cathedrals.

Because these beads are reminiscent of churches, they work great to create rosaries.

They can also be used for jewelry, but would be an eye-catching choice for dreamcatchers, suncatchers, or even garden décor because of the way they’ll reflect light from the facets.

Disc beads are almost self-explanatory; they’re shaped flat and round, like a disc.

These beads typically have the hole drilled through the flat plane of the disc, meaning you can string them so that the wide, flat part of the bead faces out.

Disc beads are typically used for large, statement necklaces, bracelets, and earrings. They’re large, flat surface makes them a great addition to anyone wanting to make larger pieces of jewelry.

They also work well among smaller beads, like seed beads, as decorative additions to wind chimes or dreamcatchers.

Donut beads are like disc beads, except they’re a little thicker and the hole goes through the middle of the bead – like a donut!

They work great for stringing on top of each other for a stacked look – like a candy necklace, but with real beads.

Like round beads, donuts are a versatile shape that can be used for jewelry as well as other projects like dreamcatchers, wind chimes, or coasters.

Their flatter surface makes them a little easier to work with for coasters in comparison to round beads.

Barrel beads are shaped like a barrel; for anyone unfamiliar with this shape, it’s a round cylindrical shape with the ends tapered in to be a little more narrow than the middle.

These beads tend to look best as a spacer or filler in between other statement or eye-catching beads, like disc beads.

They’re most often used in jewelry, since they can easily fill in space between other larger beads on long strings for necklaces, while also dangling on their own to create a simple pair of earrings.

Marquise beads have an almond shape to them, meaning that they’re a long, slender bead that’s rounded in the middle and tapers off to pointed ends on each side.

These beads can vary a little in shape. Some marquise beads are thicker in the middle giving it a slightly more rotund look, while others are quite slender.

They’re often used on jewelry, specifically on smaller pieces such as bracelets and earrings. They can be used as a single dangling bead on earrings or to create the whole length of a bracelet.

Their long, slender shape also works great as a decorative accent to the tassel of a bookmark.

Faceted beads refer to beads of any shape that have facets to them.

These facets cut into the sides of the beads makes them particularly great at reflecting light, giving them a more sparkly and vibrant look.

Because of their light reflecting advantage, these beads are often used to create art or craft projects that will catch the light often, such as dreamcatchers, suncatchers, wind chimes, garden décor, and more.

Bicone beads look like someone took two cone shaped beads and molded them together at their wide ends.

This bead has a wide area in the middle that comes to a sharp edge, then drastically tapers off at each end to a sharp point.

These beads have a stunning look, since the conical shapes do a great job of catching the light. They’re also more visually interesting compared to a simple round shape, making them a great decorative element.

They’re typically used to create jewelry, but are also often used for wind chimes and dreamcatchers, as well as children’s crafts.

Briolette beads are another of the larger beads on our list. These statement pieces are large teardrop or pear-shaped beads with a small hole at the top for threading through string.

They can also be used to create Christmas ornaments, as a pendant hanging down the bottom.

Teardrop beads are smaller and have a more rounded shape to them. They have a slender top that widens to a rounded bottom, similar to the traditional shape of a teardrop or raindrop.

These beads are great to use for smaller dangly pieces, such as on earrings or hanging wall décor like dreamcatchers. They also make great end pieces for bookmarks.

Bugle beads are commonly seen and used, but may not be recognized by name along. They’re very thin beads shaped like a tube, looking almost like sprinkles from far away.

These beads are often used in children’s craft projects, because they take up a lot of room on the string with just a small bead. Children also use them to glue onto a flat surface, like a picture frame.

They traditionally make up the bulk of a bracelet or necklace, with other statement beads in between.

They also work great for dangly earrings, just like seed beads. You can string them on multiple, small strings on the bottom of a hoop to create statement earrings.

Most of the beads on this list so far have been round, so it’s time to recognize that not all beads are rounded!

Some beads, like cube beads, are more geometric. A cube bead is in the shape of a cube, and the hole will either go through two of the flat planes on the cube, or two corners of the cube, making it more of a diamond.

These beads are often used in jewelry, but also make great accents to hanging decorations like wind chimes and dreamcatchers. Since they’re flat on one side, you can also use them to create a coaster.

Tile beads are square and flat. They typically have the hole running through the inside of the bead, but the hole can also be in the corner, allowing you to either string the tile bead flat or have it dangling from the string.

These beads are most often used in jewelry, specifically on necklaces and bracelets. Their square, flat shape is more comfortable to wear compared to the large square shape of a cube bead.

They can also be used to create mosaic art, or to glue onto a flat surface for coasters.

Dog bone beads are another of the more unique shapes on the list. They’re almost like the opposite of a barrel bead.

They have a cylinder shape, but the middle of the cylinder dips in and is a little thinner, then the cylinder gets wider as it gets to the ends. This creates a shape that’s reminiscent of a dog bone.

These eye-catching beads are typically used in jewelry, specifically children’s jewelry. They work great on necklaces and bracelets, but don’t look as nice on earrings.

Their unique shape makes them a great choice for hanging projects like dreamcatchers, but they wouldn’t work well on flat projects like coasters.

Flower beads are always shaped like a flower, but what type of flower can vary.

Flower beads are typically used to add a more creative and decorative element to jewelry. They can be used at the end of a dangly string of seed or bugle beads.

The rose-shaped beads are also widely used to make Catholic rosaries, since roses are a big symbol of Mary in the Catholic church.

Baroque beads are the most unique bead shape on this list. Why? Because each baroque bead is totally different!

They’re made to be irregular in shape, looking like a raw rock or nugget that you might find in nature. This makes them extremely popular for more natural-looking jewelry, especially on jewelry that uses a lot of turquoise.

They work great on any bead project because they add so much unique character. You can add them to a dreamcatcher, suncatcher, wind chimes, Christmas ornament, bookmark, stemware charm, or keychain.

The only project they may not work great with is coasters. With their unusual shape, the glass wouldn’t be able to sit flat on the surface.

How To Make Paper Beads Waterproof

Infinity Beads – Everything You Need To Know

How To Fix Yellowed Epoxy

Can You Sublimate On Nylon?

Can You Use A Magic Eraser On Leather?

Can You Use Linseed Oil For Leather?

How To Fix Yellowed Epoxy