Home More How To Use Mod Podge On Plastic
More 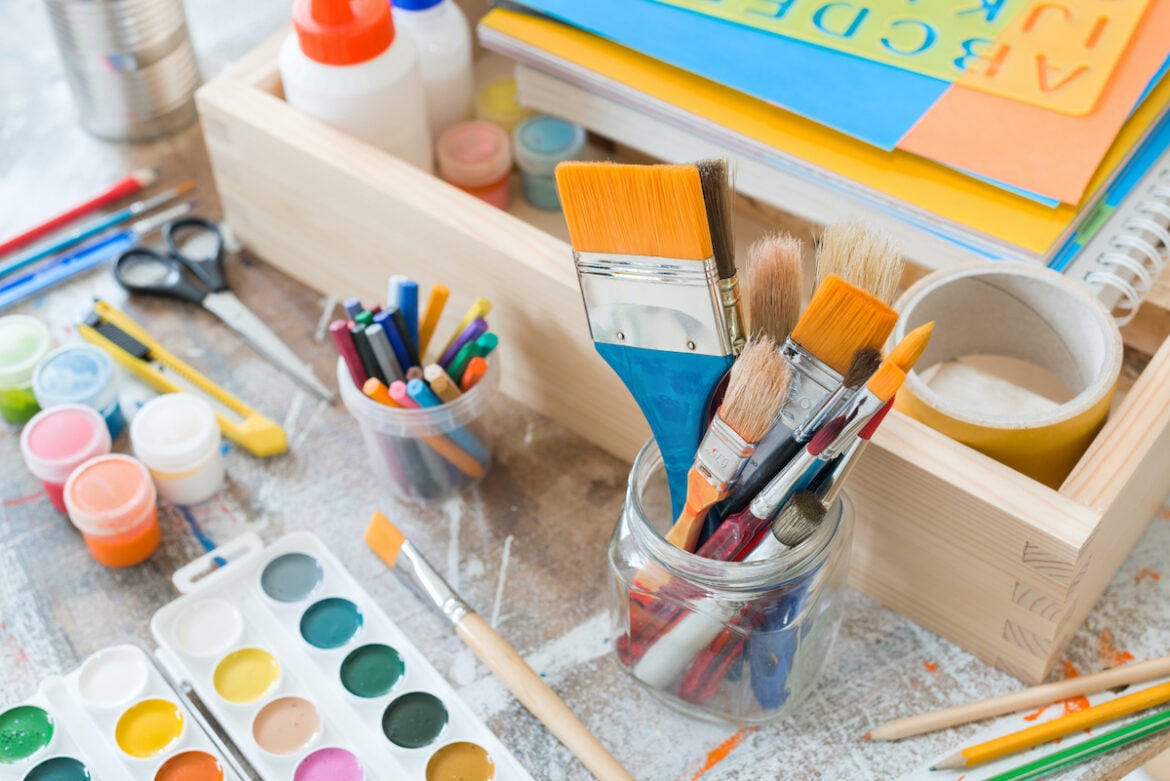 Mod Podge is a popular craft item because it can be used on so many different surfaces and for a variety of purposes. No matter what type of crafting you enjoy, odds are that Mod Podge will be helpful.

The thing to remember with Mod Podge is that it works by sticking to porous surfaces where it’s able to seep into the microscopic holes. Many common plastics are non-porous, meaning they won’t take the Mod Podge as well as a material like wood.

What Is Mod Podge?

Mod Podge is a versatile material. It’s an adhesive, a sealer, and a finish all in one! It’s commonly used as a decoupage medium because it can glue and seal the entire project in one step. Because it has several uses, Mod Podge is commonly used for a wide variety of craft projects.

The most common craft project done with Mod Podge is decoupage. This is when colorful paper pieces are glued onto an object to decorate the object.

Decoupage can be done on many different surfaces, but the most common are wood, glass, ceramic, paper, and terra cotta.

Fabrics, especially felt, don’t work well with Mod Podge. They soak up all of the Mod Podge and just turn stiff, rather than adhering to whatever you’ve attached them to.

Although plastic has been thought to not be an ideal surface for Mod Podge, it can actually work great with the right preparation.

Whether it be a plastic container you want to transform, or a simple picture frame, you can take any plastic object and make it look better with a little bit of Mod Podge and some decoupage napkins.

Using Mod Podge on plastic is a lot easier than some may think. A general rule of thumb with Mod Podge is to only use it on porous surfaces.

Porous surfaces have tiny, usually microscopic holes in the material that allow the Mod Podge to seep into and give it some traction.

If you try to apply Mod Podge on a non-porous surface, it won’t hold up as well over time. The dried layer of Mod Podge can be peeled off, making the final product less likely to last long-term.

This isn’t always the case! Mod Podge can easily be used on plastic in a way that will maintain durability over time.

To ensure your Mod Podge lasts for years to come on your plastic craft, follow the steps below:

For a great tutorial of using Mod Podge on plastic, watch the video below. The creator of Decoupage D.I.Y. with Joan-Marie Domino uses decoupage napkins and Mod Podge to decorate plastic air fresheners.

If you follow our recommended steps above, you’re going to need a handful of supplies.

There are some supplies mentioned that are required for using Mod Podge on plastic no matter what type of craft project you’re doing. Those are listed below:

If you want to skip the chalk paint layer, you can use the Mod Podge applicator brushes instead. These are designed specifically to work well with Mod Podge.

Remember that you can use your Mod Podge as your sealer, but using a different type of sealer can produce better, longer lasting results.

There were also some optional supplies mentioned. These supplies will vary depending on the type of craft you’re doing, and how you want to decorate your plastic surface.

The optional supplies are listed below:

The style of crafting you do is entirely up to you. These supplies are based on the majority of craft supplies that are traditionally used with plastic.

Many people like to use decoupage napkins to decorate plastic surfaces such as plastic bins, picture frames, cups, bowls, or even cheap vases for a table centerpiece.

Decoupage napkins are the best type of material to apply to plastic using Mod Podge because it provides the porous surface that Mod Podge needs to adhere properly.

It’s also nice because it comes in so many different patterns and is so easy to work with. If you want to apply other types of craft items to your plastic surface, go for it! Try it out and see what works and what doesn’t!

If you notice something that some of your decorative elements are falling off frequently, that’s a good indication that you may need to use a more heavy-duty craft glue instead of Mod Podge.

You can still seal the project with a final layer of Mod Podge no matter what decorative elements you add.

When using Mod Podge on plastic, there are some other tips that will help you be more successful. The first is to remember to only use the first layer of any decoupage napkin.

Like most napkins, decoupage napkins come with multiple layers. Generally there’s the top decorative layer, then two white layers underneath.

Separate the top layer from the two other layers when applying to plastic. This will help give you a nice finish and can help prevent bulking or scrunching of the napkin during application.

Decoupage napkins are often too big for the surface they’re going to be applied to, so when you are preparing the piece of decoupage napkin, be sure to use water to separate your pattern piece from the rest of the napkin.

Some people just cut the napkin with scissors, but leaving the edges smooth can often make the design look too harsh.

Use a small bit of water on the end of a small brush to outline the area of decoupage napkin you’re going to be applying, then gently separate it from the rest of the napkin.

The rough edges will give your design a much smoother look and make the project look more aesthetically pleasing.  Remember to always use a separate adhesive if you’re going to apply anything other than a decoupage napkin or other porous material to plastic.

Applying non-porous craft materials to non-porous plastic will just result in the whole project coming apart. The Mod Podge won’t have anything to grip onto, so it will peel off easily from the slick surface of the plastic.

Also remember to test your plastic first. Not all plastics are too slick to use Mod Podge on directly. Some of them naturally have a grittier surface that takes the Mod Podge just fine.

Finally, if you’re going to be applying pictures that you took, print them out on regular paper – not photo paper. Photo paper is too thick and too slick to apply properly with Mod Podge.

When the photos are printed on regular copy paper, you have a thinner and more porous material to work with that will adhere better to the plastic.

Does Mod Podge Dry Clear? And What To Do If It Dries White

The Best Substitutes For Mod Podge

How To Make Pink Darker

How To Hang A Backdrop (The Best DIY...

How To Seal Glitter Without Losing Sparkle

How To Make Oobleck With Baking Soda

How To Melt Shea Butter

How To Make Putty Less Sticky

How To Make Water Glitter

Can You Stain Caulk?

Peel And Stick Mirrors (How To Apply Them...