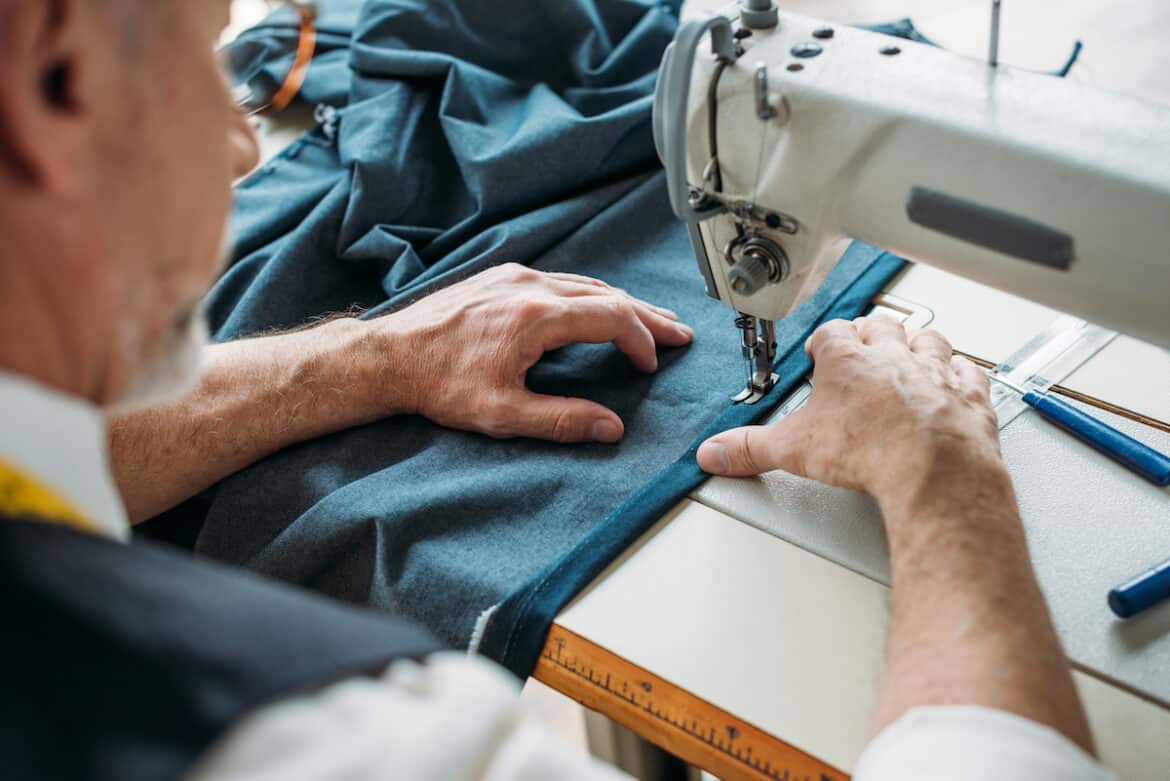 If you’re in the market for a new sewing machine, it can be tempting to go for one of the bigger name brands such as Brother or Singer.

However, there are plenty of other top sewing machine companies that have been around for decades. They may not market or advertise as much, but their products are high-quality and favorited among many sewists.

Two such companies are Bernina and Baby Lock. You may notice these names come up frequently in searches for sewing machine reviews.

So, Bernina vs Baby Lock, which do you choose? Bernina and Baby Lock are both fantastic brands. Each of their machines has their own strengths and weaknesses, and you can’t go wrong choosing either one.

If you’ve read any forums or community posts about sewing machines, you’ll see plenty of people divided between Bernina and Baby Lock. Some people swear by one brand, and others swear by the other.

Let’s evaluate both to see which brand would be best for you.

Bernina is a company that’s been around since 1893. They’re based in Switzerland and have built a reputation for over 100 years of being one of the top sewing machine brands.

A lot of Bernina machines are often passed down within families through generations, which just goes to show how long these machines can last.

They have all the top-of-the line features that you can expect from a great sewing machine and offer models that specialize in sewing, quilting, embroidering, or all three.

Although their machines can be pricey, they’re no more expensive than other comparable models on the market. They also have a range of machines that are intended for more advanced sewing and beginner sewing, and the price tag adjusts accordingly.

Although the 8 Series line of Bernina machines are most popular, they tend to be expensive to the point of sometimes being unattainable. The 5 series are comparable machines that are a few thousand dollars cheaper.

Click here to see one of Bernina’s top 5 series models, the Bernina 570 QE E. This machine is great for sewists, quilters, and embroiderers.

Baby Lock seems to be a popular choice among the quilting community, which speaks volumes to how great their machines sew with thick layers of fabric and lots of complicated seam patterns.

The company is a little newer than Bernina, founded in 1964 in Japan by a group of engineers and managers. The company was originally created to manufacture serger machines, also sometimes called overlocking machines, for home use.

Since the company was founded by creating serger machines, if you’re looking for a home serger, Baby Lock should be your number one choice. They started the trend and keep it going strong with top-quality serger machines.

Baby Lock sewing machines also tend to be expensive, but with good reason. Just as with Bernina, they are high quality machines that have all the bells and whistles you could ever dream of having on your home sewing machine.

One of their top-selling machines is called the Baby-Lock Crescendo. If you’re a beginner looking for a smaller option with less bells and whistles, the Baby Lock Joy is a great option too.

Which To Choose: Bernina Or Baby Lock?

At the end of the day, it really comes down to personal preference. There are some that say Baby Lock machines sew smoother than any machine they’ve ever owned, and others that say Bernina machines are far superior in sewing.

Just as with buying a new car, you’ll find people who had trouble with both lines of machines. No machine is perfect and you can expect to run into a few issues.

Some people, for example, hate the automatic needle threader feature on sewing machines (found on both brands in various models). Other people love having the machine thread their needle for them.

It all comes down to personal preference. Our best recommendation is to find a craft or fabric store that has models from both brands in person that you’d be able to look at. Get a feel for the features, the space, and the size of the machines.

Although many people will say they have the best sewing machine in existence, there is no best machine. Pick the one that feels right for you.

Up Next: How Often Should I Oil My Sewing Machine?

Can You Use Sidewalk Chalk On A Chalkboard?

Should You Wash Fabric Before Sewing?

What Are Felting Needles? – Ultimate Guide

How Often Should I Oil My Sewing Machine?

Punch Needle Tools – Everything You Need To...

How To Remove Screen Print From Clothes

How To Screen Print On Different Types Of...