The Difference Between Warp And Weft Knitting 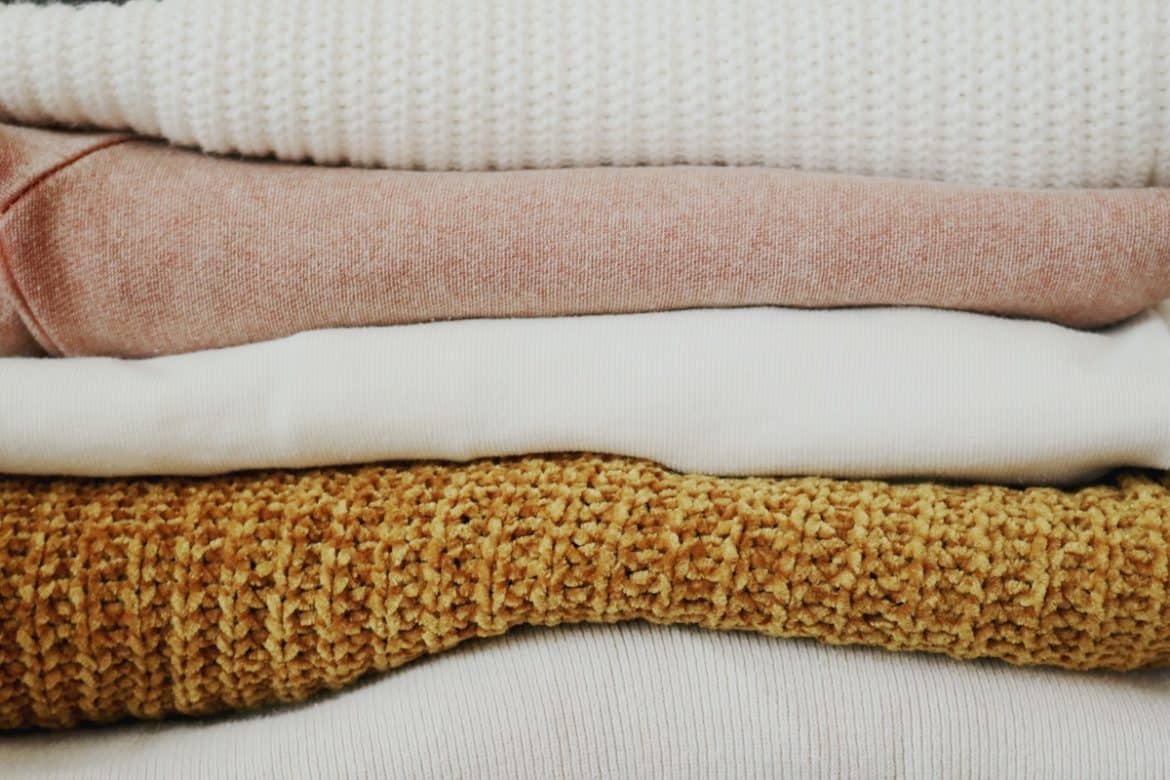 Knitting is a fun and convenient technique of garment-making. You can create almost any accessory or clothing by knitting yarn by intermeshing loops of yarn and knitted fabrics are comfortable to wear.

There are primarily two kinds of knitting: warp knitting and weft knitting. Although several variations exist, the basics kinds for knitting fabrics are weft and warp styles.

In this article, we’ll explain the differences between warp and weft knitting in depth. We’ll look at how each method loops yarn together to create fabrics, garments, or other products as well as some common products for each type.

What is Weft Knitting?

This is the simplest way of converting yarn into fabric. Weft knitting involves forming loops in a horizontal direction from a single strand of yarn. These loops can be intermeshed in a flat or circular form.

This will make more sense if you think about the weaving process. When you weave, you have vertical warp threads stretched taut before you and then you actively weave in the weft threads horizontally. So in knitting, weft knitting is done horizontally.

In this technique, the weft is fed at a right angle and the fabric is formed in rows. Each row in this kind of knit is built on the previously knitted row. You can knit in this manner with just one cone or thread of yarn. It’s also a good way to knit in the round.

As you can probably guess, weft knitting is “normal” knitting, or the way you knit at home.

What is Warp Knitting?

Warp knitting involves sequential formation as well as the interlinking of loops on a lateral array of needles in an axial direction. Each loop in warp knitting is made from a different strand of yarn and in a horizontal direction.

In this style of knitting, the number of yarn strands used for creating a piece of fabric is at least equal to the number of loops in a horizontal row. The used yarn runs vertically (which is why it’s called “warp” knitting).

Each needle in this technique loops its own thread. This, and the difference in direction, is what differentiates warp knitting from weft knitting.

It’s also important to note that only knitting machines can warp knit. While it may be possible to do it at home, it would be unnecessarily complicated and would require multiple threads or yarns. This kind of knitting is done in a machine as the yarn zigzags along the fabric length.

The needles produce parallel lines of loops in a simultaneous manner. The loops are usually interlocked in a zigzag pattern. The fabric is produced either in flat or sheet form using multiple sets of warp yarns.

The yarn is primarily fed to a row of needles that extend across the width of a machine. Raschel machines and Tricot machines are the two kinds of machines primarily used for warp knitting.  This technique is used for creating pile fabrics for upholstery. These knits are often called Raschel and Tricot knits.

The knits in this technique are slightly stretched. This kind of technique is primarily employed for knitting underwear, swimwear, and others. Because of the configuration with multiple needles, warp knit fabrics have an intricate and complex structure.

Warp knitting is also one of the fastest methods of producing fabric from yarn. Parallel columns of loops are produced with the needles which then interlock to result in a zigzag pattern. The fabric is produced in sheet form.

Now that we’ve gone over warp and weft knitting, we’ve summed up their major differences in this chart for your reference:

For a video overview showing the differences between warp and weft knitting – plus an explanation of other knits – check out this great video by Zoe Hong.

Weft and warp knitting are both popular ways to knit, but with different uses. Weft knitting is your average knitting – when you picture someone knitting, they’re almost certainly weft knitting, adding row by row.

Warp knitting is done by adding column by column and requires too many needles and strands of yarn, so it’s pretty much exclusively done by knitting machines. But warp knitting is popular in the garment-making industry because it is so quick to produce.

Up Next: How To Repair Unraveled Knitting

Is Polyester Stretchy? – The Ultimate Guide To Polyester

How To Shrink Socks

How To Fix Baggy Crotch In Jeans

How To Sew Elastic And Ribbon On Pointe...

Can You Tie Dye Microfiber?