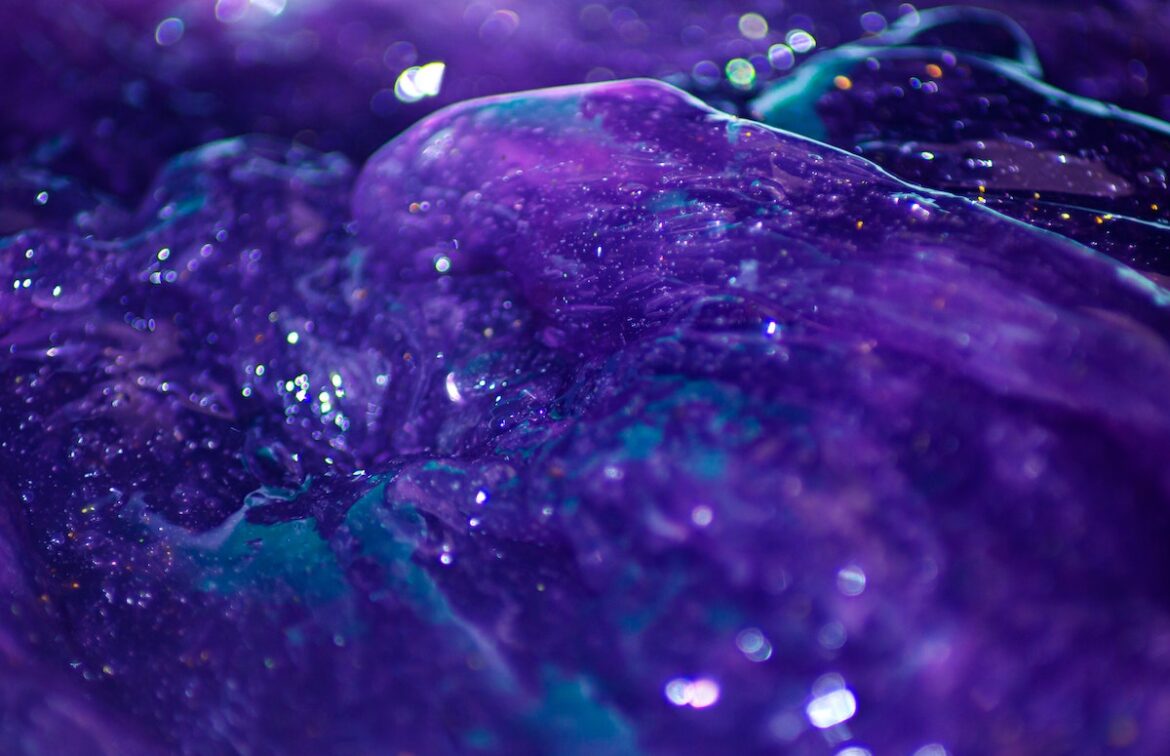 Once you’ve made your own homemade slime, it’s important to store it properly so you can keep it lasting as long as possible. Even store bought slime has proper storage recommendations to keep it in good condition.

So, how to store slime? To store slime, you need to use an airtight container. This can be a food storage container, a Ziploc bag, a mason jar, or even a baby food container. Be sure to eliminate as much air as possible. Store the slime in the fridge to help slow mold and bacteria growth.

Slime is a fun toy for kids and adults alike to play with. Kids can make their own and add things like glitter or little figurines to it, while adults may simply use it as a fidget toy. No matter what your use, be sure to follow our guide below to store it properly.

There are two key aspects to the way you store your slime: it should be airtight, and it should be stored in the refrigerator. Air will dry out and harden your slime, so ensuring that it’s in contact with as little air as possible will help preserve it long-term.

Like most things in life, slime will also degrade over time. It can harden or dry out from air, but it will also develop mold or bacteria.

This is a normal reaction, just like when food grows mold if left for too long. It’s nothing to be afraid of, but when you see the first spot of mold, the slime has gone bad and needs to be thrown out.

Mold growth is inevitable on your slime, but you can delay it by storing your slime in the refrigerator. The cool temperature will keep your slime fresh for a longer period of time.

For quick steps to storing your slime, check out my recommended process below:

Now that you know how to properly store slime, you may be curious about the different storage container options. I’ve gone into the details of each one below so you can choose which one will work best for your slime.

One of the best options for storing slime is putting it in a food storage container.

The first advantage to using one of these is that they come in many different sizes, so you’re highly likely to find one that is just the right size for your slime.

Another reason to use a food storage container is that they have an easy airtight seal. Simply snap the lid in place and you’re good to go.

They’re also made of durable plastic, so if you or someone else accidentally drop the container while handling it, you’ll know the slime is still safe and clean.

The only drawback to using a food storage container as opposed to another type of container is that it may allow more air in. With a bag, you can try to press all the air out before sealing it up, allowing for the least amount of air possible in storage.

With a food storage container, you can’t change how much air is in there. It all depends on how much slime you’re storing and how well it fits in the container.

However, like I mentioned above, you can always take the extra step of wrapping your slime in plastic wrap before putting it into a food storage container.

This will help prevent extra air flow if you have to use a large container for a small amount of slime.

Another great storage solution for your slime is to use a Ziploc bag. You don’t have to buy Ziploc brand, but that’s often the one people know and use when they think of zip bags like these.

The greatest advantage to using this bag is that you’ll be able to control the air that gets in with the slime.

First, you drop the slime in the bag. Then you press the bag against your body, smoothing out as much air as possible. Once you have it with minimal air, you can zip it closed.

This will help you keep your slime smooth and pliable to play with next time you bring it out. If it’s a little hard when you take it out to play with again, too much air got into the bag.

Another great thing about using a plastic bag like this is that they’re easy to store. If you have a big family and very limited refrigerator space, you’ll be able to slide that slime in there no problem.

It won’t take up nearly as much space as a food storage container or a mason jar.

One container that’s often a go-to for holding pretty much anything is a mason jar. People often use them as decorative containers because they have a farmhouse chic look.

When it comes to slime, you probably don’t care about the design aesthetic, but that airtight seal is important, and a mason jar has a great airtight seal.

Mason jars have traditionally been used for canning, which is the process of storing food for long-term preservation. Canning relies on an airtight vacuum seal for proper storage and to avoid foodborne illnesses such as botulism.

If mason jars have a good enough seal to preserve food, you can bet that they’ll have a great seal to keep your slime airtight.

One drawback to using a mason jar is that they’re often much bigger than your slime probably is. For this storage container to work, you’ll have to wrap your slime in plastic wrap before putting it in the mason jar.

Another drawback to the mason jar is that it’s made of glass instead of plastic. Although this makes it durable, it also makes it fragile and prone to breaking if someone drops it.

Mason jars probably aren’t the best storage solution for slime that’s being used by children, but it’s still a great option for adults.

If you have a very small amount of slime, then a baby food container would be perfect.

These are similar to food storage containers, but are much smaller. This means you’d be able to store a small batch of slime without any worry about the air that might be in the container.

With a baby food container, there likely won’t be very much room for air once your slime is in!

Even if you have a bigger batch of slime, baby food containers work great to separate that batch into smaller pieces for play. This is a great way to spread one batch of slime among several children.

They’re durable, just like food storage containers, so they’ll hold your slime and protect it well.

They’re also small, so while a food storage container may take up a large amount of space in your refrigerator, a baby food container can slip right in almost as easily as a Ziploc bag.

However, making the slime is usually half the fun. It’s a great kids craft project that can keep children entertained for hours.

Whether you’re storing homemade or store bought slime, the rules are the same. You need to store the slime in an airtight container, and to keep it fresh, you’ll want to put it in the refrigerator.

When it comes to store bought slime, it’s always best to defer to the package instructions. Store bought slime will come with its own storage container, so you can use that or transfer it to one of my suggestions above.

Since homemade slime is made with your own recipe at home, you’ll have to get the storage container yourself.

Some slime recipes online may have proper storage instructions, and it’s always important to follow those when storing your slime. The person who developed the recipe would be the best person to give you advice on how to store it.

How To Make Putty Less Sticky

How Long Does It Take For Hot Glue To Dry?

How To Make Hair Conditioners To Sell

How Long Does It Take For Hot Glue...