How To Make A Flat Scarf On A Round Loom 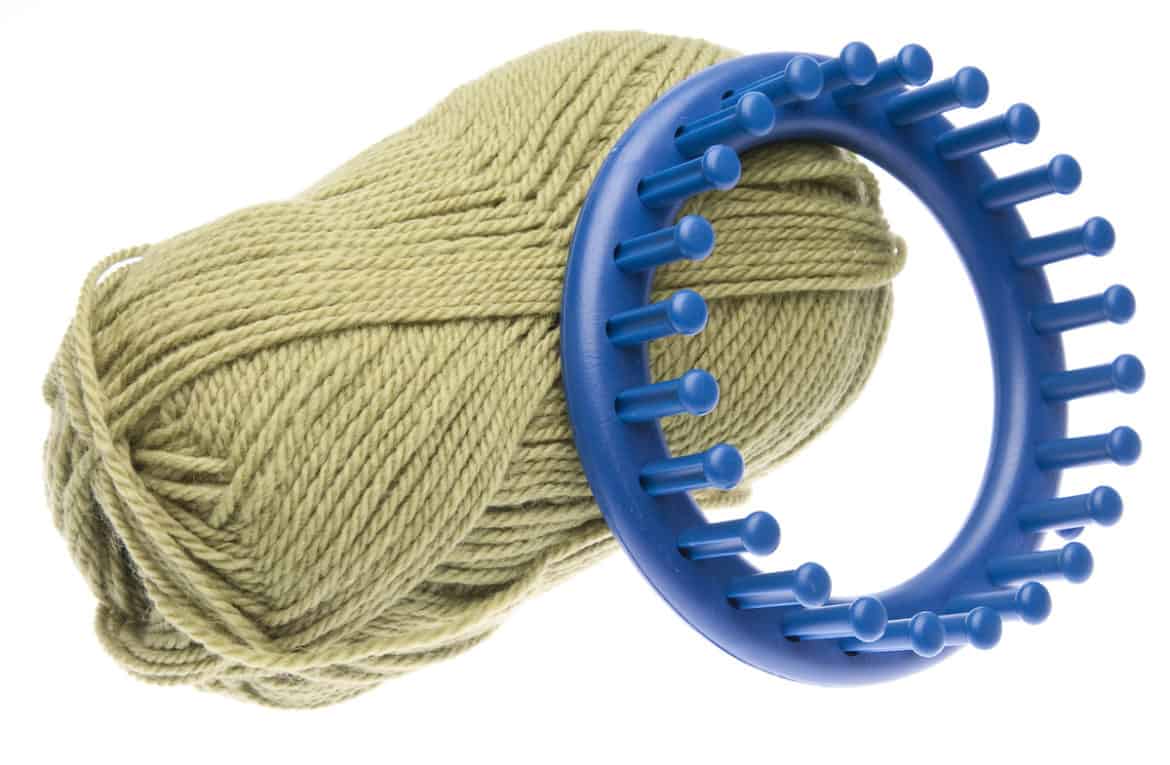 Scarves are one of the first, if not the first project people attempt when they first learn how to knit. Why? Because the design is so simple. You just knit in a straight row, double back and knit another row. Once you master the art of knitting, making a scarf is simple.

Loom knitting is the simplest form of knitting because you don’t have to learn how to handle those complicated knitting needles! With loom knitting, you mostly just use your hands and a small hook.

You will weave from one side to the other using about half of the pegs for a single layer scarf or you can weave around the whole circle for a double layer scarf. Keep in mind. A double scarf will use twice as much yarn, but it will also be twice as warm!

To make a scarf on a loom, you’ll need:

Step 4: Finish it Off

Pro Tip: To change colors, tie the new color onto your yarn and continue the next row with the new color. Learn how to do a purl stitch to add texture like seed or ribbing to your scarf. And, if you want to learn how to tie a scarf into a bandeau, we have another article waiting for you.

LoomaHat.com on YouTube has a very similar tutorial using a garter stitch to make a scarf on a loom. Check it out!

Step 4: Take Off the Slip Knot

Step 5: Changing Colors or Adding Another Skein of Yarn

Now take the last loop off the loom. Everything should be good and tight and unravel in your hands.

Important: Hold on to this last loop so that it doesn’t get lost. You will need it in the next step.

You now have a complete round scarf, but the ends are both open. And we don’t want a round scarf. We want to make it flat.

The ends are closed up neat and clean, but your scarf is still round!

Up Next: The Best Variegated and Multi-Colored Yarns

The Best Polymer Clay For Jewelry

Can You Use Super Glue On Fabric?

How To Make A Loose Dress Tight Without...

How To Turn A Romper Into A Blouse

Can Crochet Be Done By Machine?