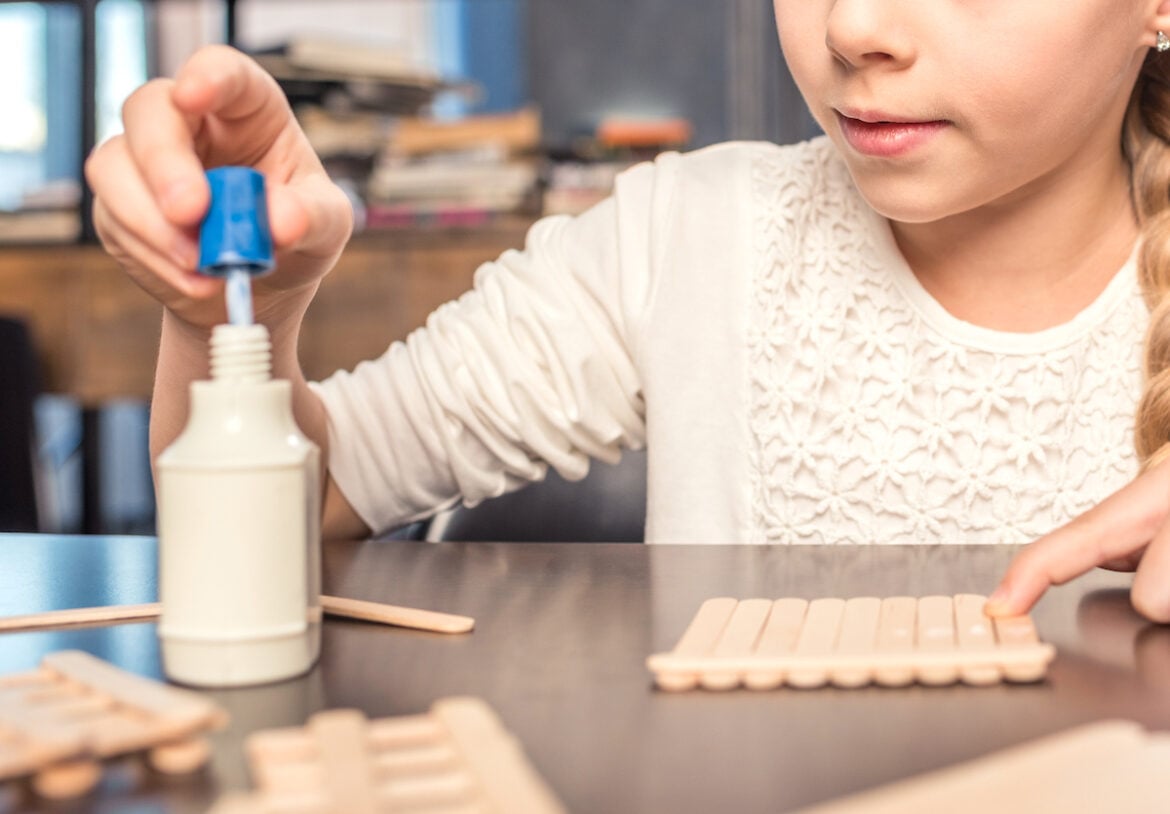 Mod Podge is the quintessential tool in every crafter’s tool box. No matter what your craft style is, odds are that you’ll find a use for Mod Podge.

Not every craft needs Mod Podge often, though. Many people buy a jar of Mod Podge that they use once, then don’t need again for six months. This begs the question, how long does Mod Podge last?

So, does Mod Podge expire? No, Mod Podge does not expire. If left unopened, it can last for years. If already opened, it’s best to use within 8 months. After that, it tends to start turning yellow or losing its smooth consistency, leading to undesired results.

To make sure your Mod Podge is going the distance, it’s important to know the turning point of when it’s no longer usable, especially since there’s no expiration date. Keep reading to learn how to get the most out of your Mod Podge before it goes bad!

Does Mod Podge Have An Expiration Date?

No, Mod Podge does not have an expiration date. This means that there is no date printed on the container or label indicating when it’s no longer good to use.

Sometimes Mod Podge containers will have the date they were manufactured, so don’t get that confused with an expiration date.

However, just because Mod Podge containers don’t have an expiration date doesn’t mean they’ll last forever. It simply means that there isn’t one specific date that it will be bad.

Mod Podge will go bad over time, and the exact time it takes depends on a variety of factors, such as exposure to sunlight, heat, and whether the jar has been opened. Let’s explore these in more detail below.

How Long Does Mod Podge Last?

If left unopened, Mod Podge can last for a few years. If the jar has already been opened and used, then the rest should be used within around 8 months.

The exact time frame will depend on how you store your Mod Podge. It’s important to keep Mod Podge out of direct sunlight. The UV rays from sunlight can cause the Mod Podge to go yellow prematurely.

It’s also important to keep Mod Podge away from a heat source. The heat will mess with the chemical composition and affect the consistency and efficacy of the Mod Podge when used.

Whether you’ve already opened the jar or not, we recommend storing it in a cool, dark place, such as on a top shelf in your closet or in a box under the bed.

How To Tell If Mod Podge Has Gone Bad

Sometimes it’s a guessing game to know if Mod Podge has gone bad. It depends on how you’ve stored it, and sometimes you can’t tell unless you open the jar.

A few tell-tale signs that your Mod Podge has gone bad are if it’s turned yellowish, become lumpy in consistency, or has developed an odd smell.

Mod Podge should always appear white in the jar. If it appears a color other than white, like yellow, that means the Mod Podge will no longer be effective. If you still try to use it, it could end up damaging your project.

The usual consistency of Mod Podge is smooth and creamy, without any lumps. If you open your older jar of Mod Podge and start stirring it, then notice some lumps in the jar, you can guess that it’s a little past its prime and you’ll need to get a new one.

Finally, it’s normal for Mod Podge to have a typical glue-like smell. However, if the smell has turned odd or something seems off about it, it’s probably begun to develop mold.

Of course, if this has happened to your Mod Podge, it’s best to discard immediately and get a new jar. You wouldn’t want to spread mold on your art project or it will continue to grow over your finished piece.

If you’ve had a jar of Mod Podge for a few months or years and don’t see any of these signs, it may still be okay to use. Try in a small section first to ensure it still dries clear.

Can You Use Mod Podge After It’s Gone Bad?

No, it’s best not to use Mod Podge after it’s gone bad.

Mod Podge that has outlived its general shelf life can damage your project. Whether it’s because it doesn’t dry clear, spreads mold, or leaves a yellow tint to your project, it will severely affect your final result.

Instead, even though it will cost more money, it’s best to simply buy a new jar of Mod Podge. Mod Podge is relatively inexpensive, which is just one reason why it’s such a crowd favorite in the crafting world.

You can pick up one new 8oz jar of Mod Podge on Amazon. If you’re running low on a jar of Mod Podge or plan to use an old, unopened one that you forgot about, it’s best to run to the store or online and pick up a new jar before starting your craft project.

Yes, Mod Podge will naturally yellow over time.  Whether your Mod Podge is still in the jar or on a finished craft project, it will eventually yellow.

This happens to a lot of sealers, not just Mod Podge. It’s the natural reaction to exposure to sunlight over time. To help prevent your jar of Mod Podge from yellowing too quickly, make sure to store it in a cool, dark place away from sunlight.

If you’re worried about your Mod Podge yellowing on finished projects, don’t sweat it. Most crafters find that Mod Podge takes years to yellow on a finished project. It may take so long, you won’t even notice when it finally does turn yellow.

You can try to help prevent it from yellowing by adding a coat of UV-protecting sealer spray on top of the Mod Podge. This can help mitigate some of the natural yellowing by helping to prevent too much sunlight from hitting directly on the Mod Podge.

Krylon makes a great UV-resistant sealer spray in a gloss finish. It can last a long time since you’ll only need one coat on your project.

If My Mod Podge Dries White, Is It Bad?

Not necessarily. Mod Podge can dry white for a number of reasons, including using too much or having too much humidity in the room.

If you’re worried about your Mod Podge drying white, whether it’s new or old, check out our article Does Mod Podge Dry Clear? And What To Do If It Dries White.

In this article, we explore all the reasons Mod Podge may dry white to help you prevent it from happening, as well as how to fix Mod Podge that’s already dried white.

Mod Podge can be used for a wide variety of crafts, especially when you consider how many different types of Mod Podge there are.

From gloss to matte, glitter to outdoor, there are tons of different formulas that are specially designed to work with your particular craft.

You can learn more about each type of Mod Podge formula in the video below. This video from Plaid Crafts, the company that manufactures Mod Podge, can help you gain insight on the different formulas and learn which one is the best for you.

Before you start working with your chosen Mod Podge, it’s important that you have the right tools. Make sure you have some foam brushes or Mod Podge brushes to help you with application.

Once you have everything you need and know exactly what type of Mod Podge to use, you’re ready to get started! You can use Mod Podge as an adhesive, such as using it to adhere pictures or decorative elements such as ribbons and buttons to an object.

You can also use it as a finishing sealant, such as on a painted wood or metal project. There’s even a fabric Mod Podge that you can use for fabric crafts, such as using fabric to adorn a wood piece.

No matter what project you have in mind, Mod Podge can help. For some out of the box ideas, check out the video below. JOANN Fabric and Craft Stores devised a few new fun ways to work with Mod Podge that are a little out of the ordinary!

They show you how you can make a DIY fabric stamp, a faux stained glass window, a homemade picture box, or even how to decorate a wooden bowl or clothes hanger with some fabric or scrapbook paper.

The possibilities are nearly endless when it comes to Mod Podge. As long as you have the right formula for your project, you can make nearly anything with a little help from Mod Podge.

Does Mod Podge Dry Clear? And What To Do If It Dries White

Can You Put Mod Podge Over Pictures?

The Best Substitutes For Mod Podge

Peel And Stick Mirrors (How To Apply Them...

How To Make A Balloon Arch (Ultimate Guide)

Drawing On A Pumpkin (Ultimate Guide)